IHRE WEIHNACHTSSPENDE FÜR MENSCHEN IN NOT

The two predecessor projects Transnational Exchange I & II laid the foundation for the current project. This is a short summary of the goals of the previous projects.

This project was the first of its kind. A meeting on such a large scale, gathering actors of the field of “Voluntary Return” from all over Europe, had not been organized prior to this project. Actors from 19 different countries participated in the main event of the Trans I project – the conference from the 19th through the 23rd of September 2011. Several return projects presented their work. Next to the general return counselling offices, organizations catering to specific needs such as return of victims of human trafficking, return of students of Sub-Saharan Africa as well as return of unaccompanied minors provided presentations on their work. During the work groups several basic standards were discussed in a multi-national setting: basic legal and political conditions of AVR, structures of AVR counselling centres, definition and motives of voluntary return. Aside from the conference two work visits were carried out. The trip to the UNHCR brought further clarification concerning the efforts to convince local civil societies to start offering AVR. A Trans I staff member also visited the Swedish Red Cross, where she learned more about the program of AVR to six appointed target countries of return. The Swedish Red Cross especially focused on the follow-up after the return to the home country of returnees.

The Trans II project had a one year duration. The project contained the organization of one main conference from the 12th – 14th of November 2013 and the publication of the findings from the conference. The conference took place in the Exerzitienhaus St.Ottilien, Germany, and included 51 participants. The aim was to give the reintegration organizations a platform to present their work to return counsellors and to improve the communication between the two by using existing networks. The following reintegration organizations presented their work:
• Kosovo (Mitrovica): Diakonie Training Center (DTC) represented by Mr. Nysret Krasniqi
• Nigeria (Benin City, Lagos): Idia Renaissance represented by Mr.
• Iraq (Erbil, Dohuk, Sulaymaniyah): European Technology and Training Centre (ETTC) represented by Mr. Hajjaj Mustafa
• Ghana (Accra): Assemblies of God Relief and Development Services (AGREDS) represented by Mrs. Grace Kombian
• Russia (Moscow): Caritas Russia represented by Yeliena Poslanchik

Some of the conclusions were:
• The counsellors benefit of the exchange meeting with reintegration organizations a lot.
• Networks are essential to the dissemination of relevant information. The financing of the networks is often not secured. Should money for the network participation be considered in project proposals?
• Information should be centralized instead of duplicated.
• The counsellors wish to have one network where relevant information is accessible and up to date including requirements for returnees from different host and home countries, available reintegration organizations, contact details/ focal points, job opportunities and offers in the County of Return (one-stop-shop).
• Longer sustainability through lower costs. A great network does not help, if it only exists for 3 years.
• The link of development aid and voluntary return could be a new field of research.

More information on the previous projects can be found in the pdf files, containing the leaflets of the respective conferences. 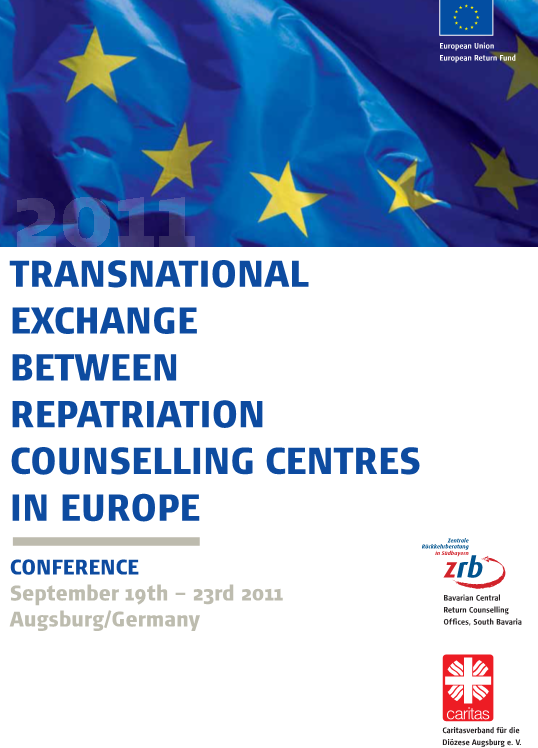 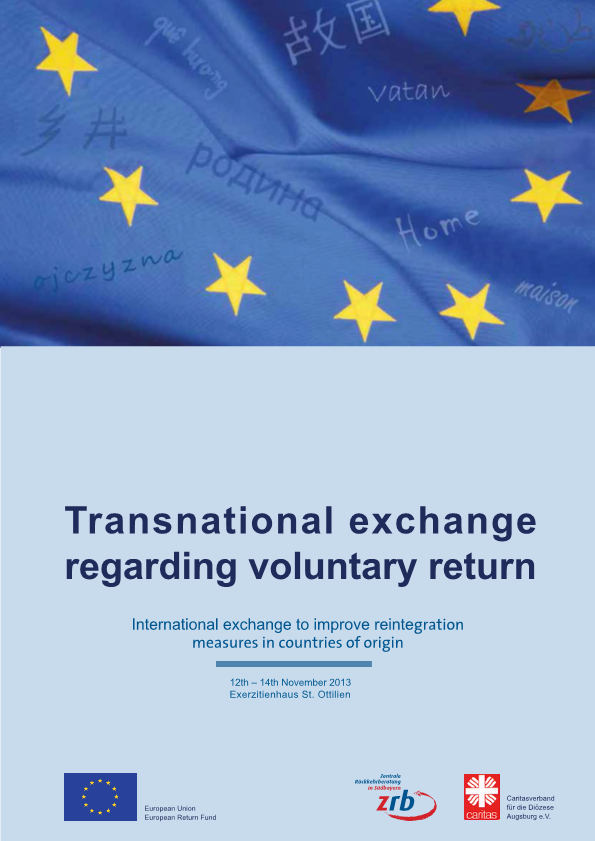